Over the years, people have often asked me about my influences as an artist. There are, of course, many, but on this page I've written about some of those who have had the most significant impact on me. I've also provided a few examples of their work, in the hope that you might share my enthusiasm. ​

In the 14th century, the Republic of Sienna, Italy, was home to several supremely inventive painters, including Simone Martini, Duccio, and the Lorenzetti brothers. What interests me most about these artists is their imaginative conception of space. In their work, space is wide open, with many viewpoints; single-point perspective is abandoned in favour of an approach that seems to prefigure 20th century painting.

These pictures are not snapshots of a single second but, rather, the depiction of a narrative. They bring diverse moments and viewpoints together and fuse them into one image. The spiritual and vibrant use of colour and their pictorial methods of storytelling find a modern parallel in filmmaking.

Their colour expressed emotion as much as it depicted nature; it glowed with mystery and depth, and was used to express deep and profound spirituality, as in Duccio's work, or to create an overall decorative scheme. 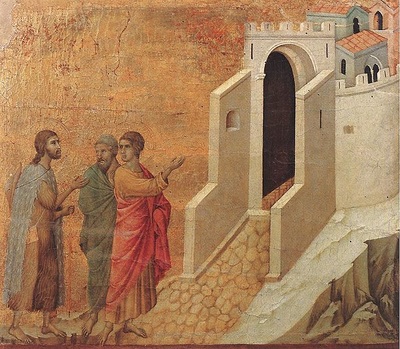 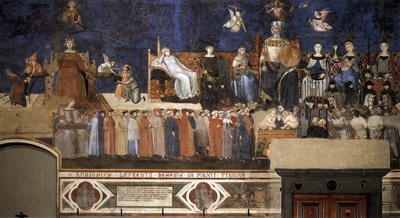 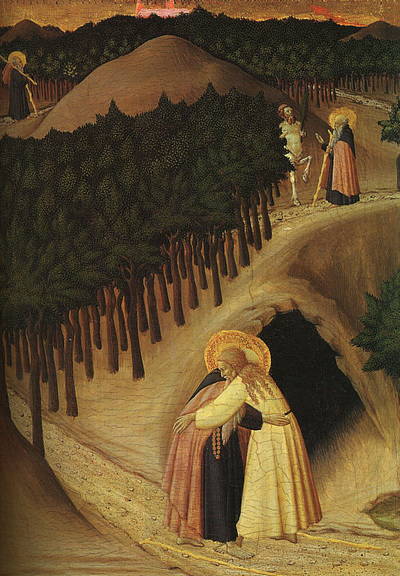 Pieter Bruegel is a painter of the human condition in all its absurdity, glory and diversity, who understands a sense of place, time and season. Acting like an observer hovering on the edge he looks in with his artist's eyes, composing and arranging with technical virtuosity and conceptual depth, analysing and commenting upon the society he lives in without romanticising it or casting judgement on it. This is real life, where people shiver, shit, die, laugh, and eat, in the time, place and culture they live, against a timeless backdrop of unchanging nature and season. 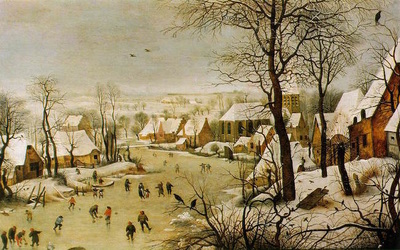 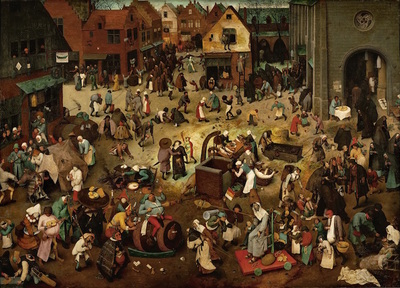 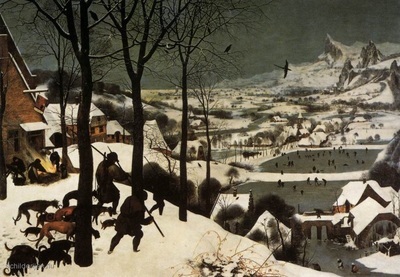 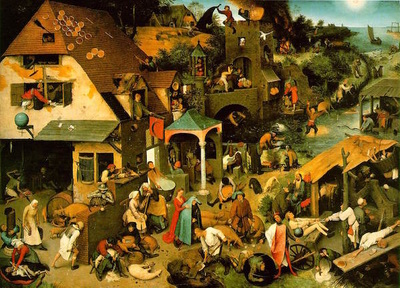 Rembrandt turns darkness into light. His work is profoundly spiritual, without romanticising or idealising its subject matter. This is a man who has felt the pain of life but does not let it crush his vision of hope and redemption though paint and light. 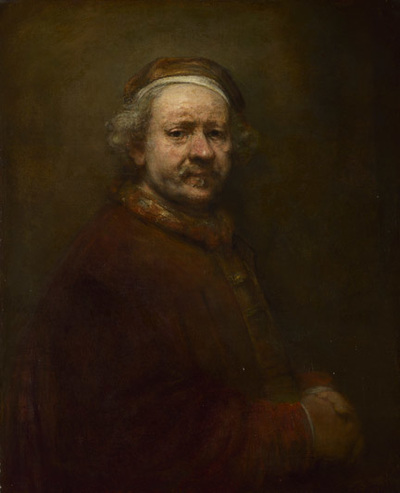 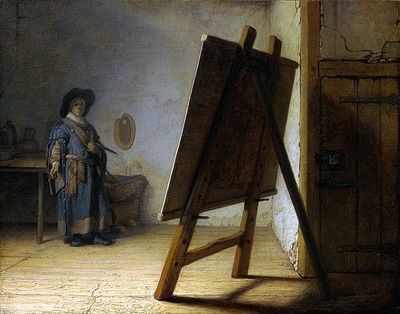 Goya is the first of the modern artists who plunged into the depths of the human psyche. His vision of Spain during the Spanish inquisition and Napoleonic invasions in his series of etchings Los caprichos and the Disasters of War is uncompromising and multi layered. His late Black Paintings, which he painted on the walls of his house and which are now displayed in the Prado in Madrid, are some of most powerful paintings in the world. 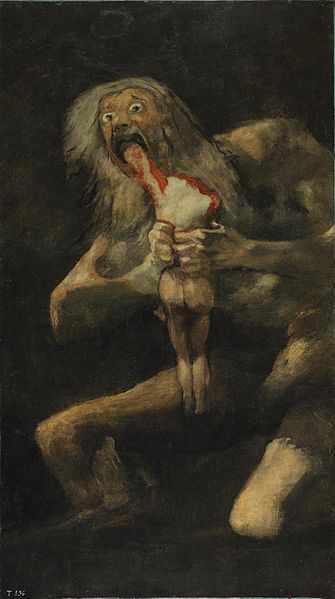 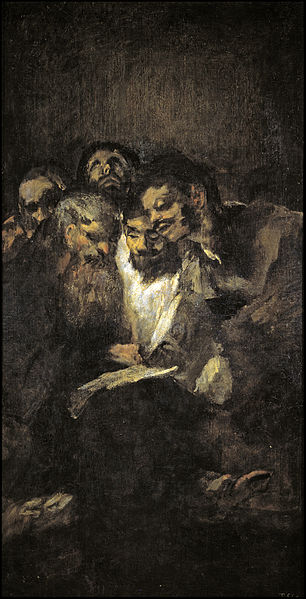 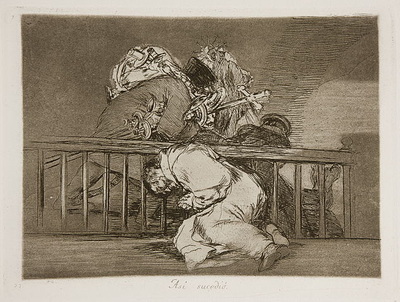 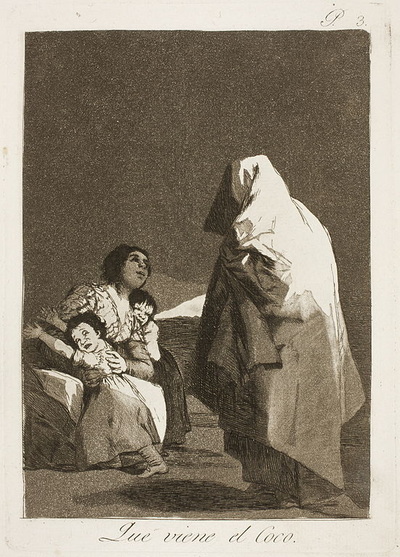 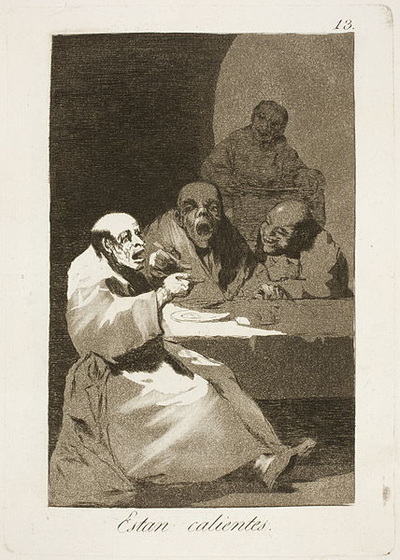 Nolde is one of the most sublime colourists I know, and it is his colour that seduces me in his work. He has showed me that colour can enliven the soul and even come close to song.

As a frail seventy year old he was banned from painting by the Nazis and his works was confiscated from all the German museums. He was labelled deranged and a traitor, even though in his mind he was as German as German could be. In his remote house in Seebull on the German Danish border Nolde began work on a series of small watercolours that came to be known as the Unpainted Pictures.

Subject to checks from the gestapo for the duration of the war, Nolde locked himself in a cupboard to paint. In these little works he poured out his heart and soul, an old man reliving his life and expressing the anguish and sorrow he felt for the fate of his native country and the direction it was pushing the world into. Yet he also shows the joy of the natural world around his home, and his use of colour turns these works into mini musical symphonies that sing a song of the tragedy of our times and of the hope for redemption. 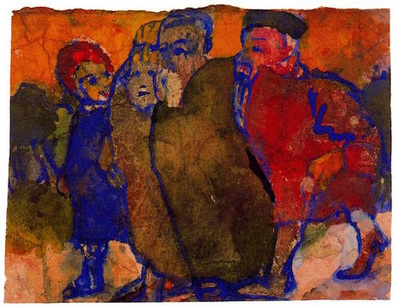 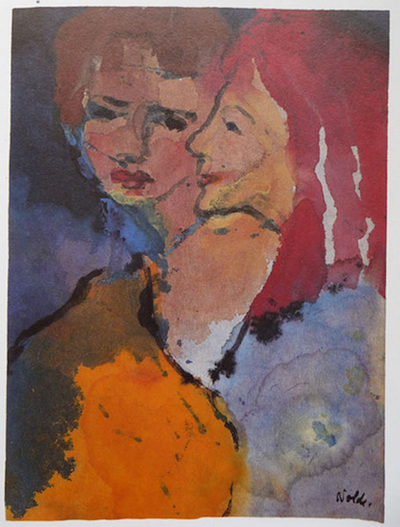 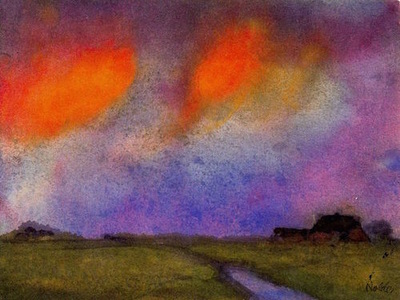 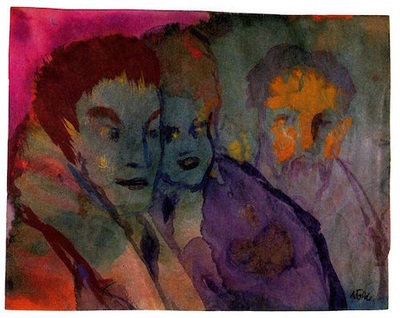 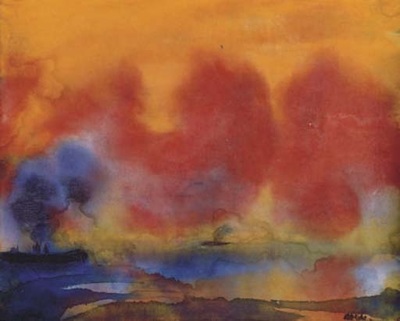 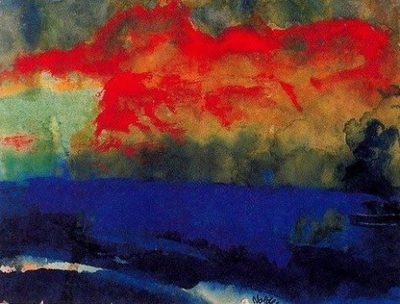 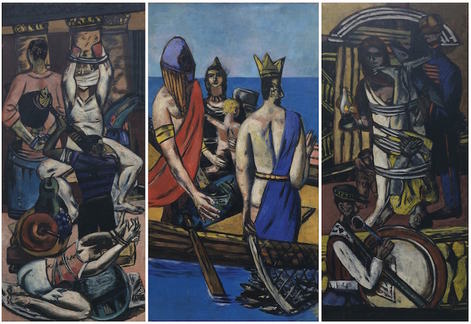 Max Beckmann, a German, painted the brutality of the first part of the 20th century. Yet his dark, powerful narratives also offer the hope of redemption through colour and art.

His triptych Departure, painted in 1932/33, plunges into the depths that European society was drowning in and somehow throws us a life line in the form of the centre panel. The figures in the two end panels are locked into a spiral of violence and abuse, for which there appears to be no way out; yet in the central panel Beckmann shows us the way, with a horizon that points to infinity and the hope of a better future.

In Departure he shows us that an artist can depict a world that is held in a state of perpetual antitheses. Though opposites repel they also hold each other in balance: good and evil, light and dark, nature and culture.

Beckmann brings all of the chaos and madness of the world and unites it with all of the peace, order, love and harmony.  This, I think, is the lesson that Beckmann has taught me: that it is ok for my work to be full of contradictions and opposites, because that is their very subject matter. I paint my peaceful sunsets and free flying birds next to my images of human decay and death because, every second, all of these things are happening simultaneously.

Mark Rothko has taken the use of colour a stage further than Nolde and dropped visual representation altogether in favour of a language based entirely on colour, and in doing so he presents us with a world view that is as terrifying as it is hopeful. In his colours you can see all the horrors of the apocalypse, yet equally you get a glimpse of the promise of redemption. In front of these canvases people break down and weep, people pray and people exalt. Rothko has taught me that colour can be a powerful language in its own right and at its best more powerful than imagery itself. 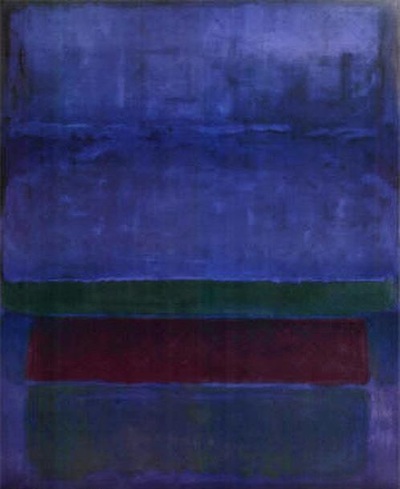 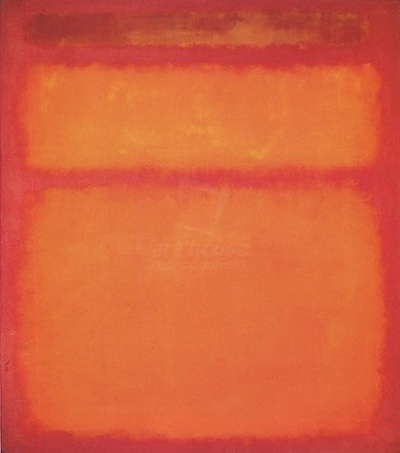 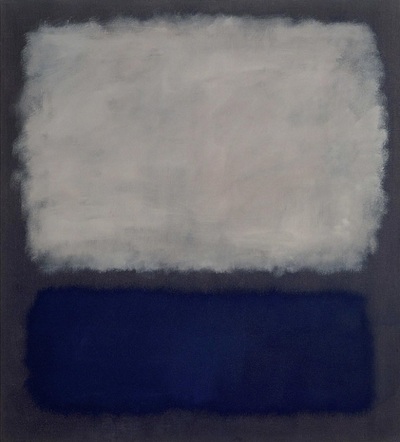 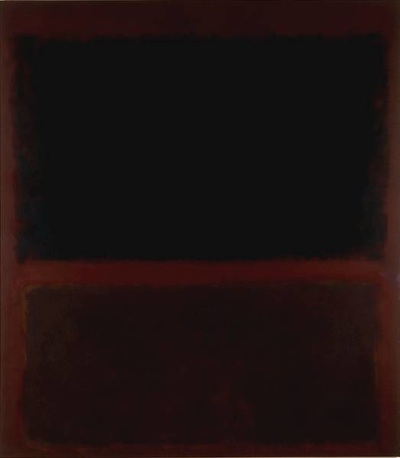 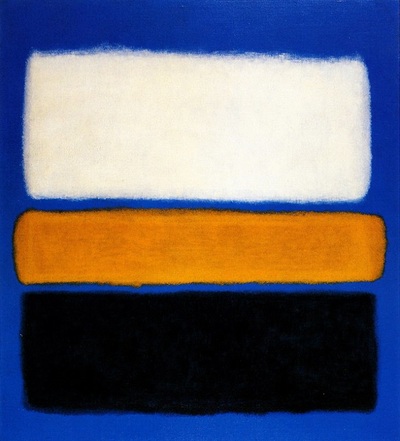 Sebastião Salgado is a Brazilian photographer who has travelled the world documenting humanity in black white photographs. He plunged into the heart of darkness with his photographs of man’s inhumanity to man with powerful series of photos such as ‘migrations’ and ‘workers’. In his own words he became so heavily burdened by the sights he had witnessed that he could no longer take a photograph. He found salvation in remote untainted parts of the planet, and over a seven year period he produced his epic series 'Genesis'. 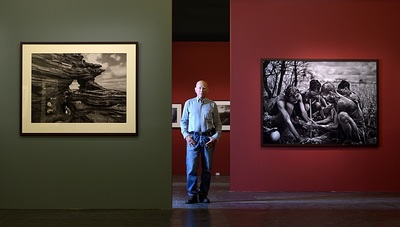 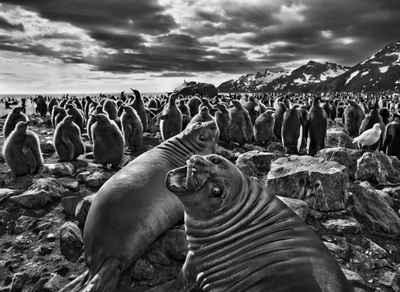